The field of cosmology attempts to answer very big questions about our universe: What were the earliest moments of the universe like? How did the early universe evolve into the large scale structure we observe today and how will it continue to evolve in the future?

In the universe today, we observe galaxy clusters and superclusters, millions of light-years across, containing massive amounts of matter in the form of planets, black holes, neutron stars, brown dwarfs, and other compact objects. However, in its earliest stages, soon after the Big Bang, the universe was a hot, dense plasma of photons, electrons, and baryons (namely protons and neutrons). These particles were constantly interacting at tremendously high energies.

The early universe and the CMB 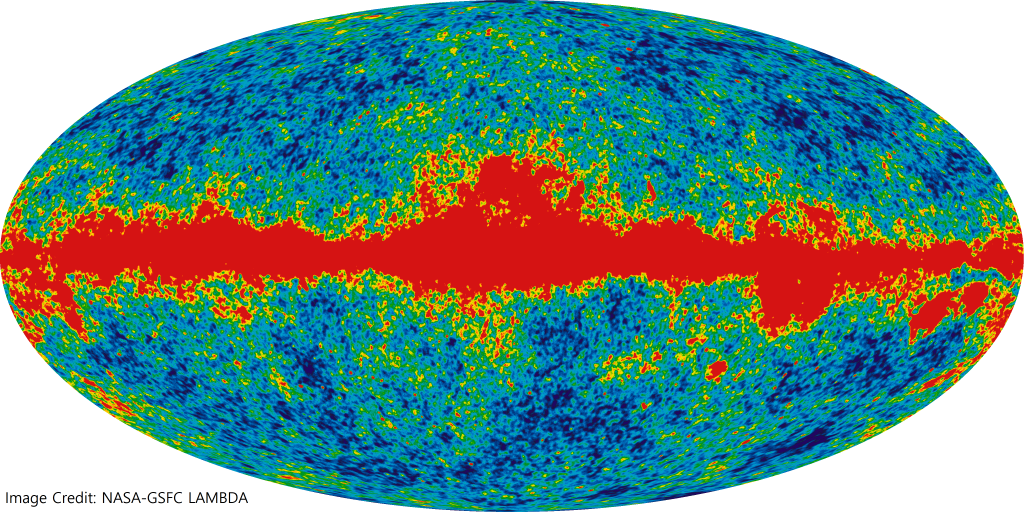 In today’s universe, most of the light comes from the Cosmic Microwave Background instead of stars and CMB is uniform and at a temperature around 2.725 Kelvin. Although there is such large amount of CMB photons, they have not been discovered until 1964. Robert Wilson and Arno Penzias found the Cosmic Microwave Background by accident. They were radio astronomers working at Bell Laboratories. They found a constant “noise” from the sky and they tried everything to reduce “noise” in their system. The explanation was finally provided by Robert Dicke and his research team in Princeton University. They predicted that there should be radiation relic from an early, opaque, dense and hot state of the universe and the discovery from Wilson and Penzias confirmed this prediction. The CMB can tell us a lot about the sate of the universe at the time of last scattering and it is an essential evidence for the Big Bang theory

The 21cm Emission Line and the Current Universe 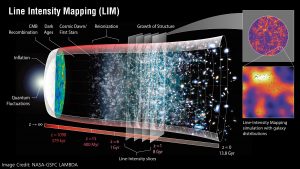 About 90% of the interstellar medium is in the form of neutral and ionized hydrogen gas. Emission of photons at the 21 cm wavelength occurs when hydrogen atoms undergo a transition at the ground state. The energy of these atoms is slightly higher when the spins of the electron and the proton are aligned than when they are opposite. Therefore, if the electron has spin in the opposite direction to the proton, it will eventually change spin direction, releasing energy in the form of a 21 cm wavelength photon.

Due to the expansion of the universe, light redshifts, or increases in wavelength, as it travels. If some light is known to have been emitted as 21cm radiation but is observed with a longer wavelength, the distance between the source of emission and Earth can be inferred from the amount of redshift. In this way, astronomers can make three dimensional maps of neutral hydrogen throughout large volumes of the universe. These maps can be used to further our understanding of the “dark ages” of the universe, and to investigate dark energy via measurements of the universe’s expansion.